Not to be outdone by the Miami Arena, the Orange Bowl looks like this now:

It’d be kind of cool if someone set up a huge tailgate for a UM game at the site.

Watch the Miami Arena come down

In case you missed the news this weekend, the Miami Arena was demolished on Sunday. Built only in 1989, it lasted less than 20 years. Once the home of the Miami Heat, the Florida Panthers, and my personal favorite, the Wringling Bros. Barnum & Bailey Circus, now it’s gone.

Even if you did hear about it, you probably didn’t get to watch it. So now I present you with great footage of the roof being imploded.

Hit the jump to watch some other angles.
END_OF_DOCUMENT_TOKEN_TO_BE_REPLACED

We all know a lot of trashy people go to Miami Beach but that’s not what this is about. No, this is about how dirty the actual beach is in Miami Beach. Cory Friedman, a Beach resident, put up some YouTube videos in the past couple of weeks detailing just how disgusting the beach is, and government officials are finally taking notice.

This type of thing can be really bad for Miami, which already has a bit of trashy, dirty, crime-ridden cholo stigma, especially when we rely so heavily on tourism. Also, this should shutup all those people who think the Key beach is dirty because on certain days it has seeweed; I think I’d rather step on seeweed than cigarrette butts.

Hit the jump to watch a second video on a different day.

END_OF_DOCUMENT_TOKEN_TO_BE_REPLACED 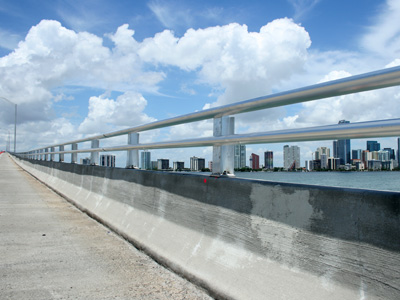