Me and my friends have had a long running joke about food spots on the key. When we make plans to go eat lunch someone will always suggest, “that new place.” Unsuspecting friends will then excitedly ask, “What new place?,” to which we would get a hearty laugh.

See, the key hadn’t had a worthwhile lunch establishment open up for a good number of years until last month. Then in one swift month, three new places landed on the key. I’ve eaten at all three spots, and will attempt to give a good assessment of what they’re all about. It’s worth noting that it’s still impossible to get a good cheeseburger and fries on the key for under $10 (a good cheeseburger being defined as one where you can choose how it’s cooked). Anyway, on to the reviews. 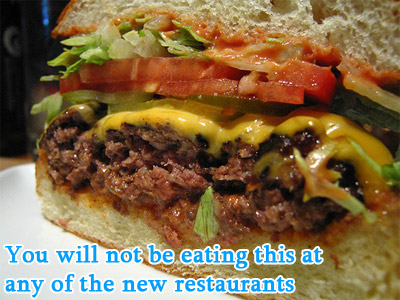 Located at the former Prep Gourmet, next to Sushi Siam.

The good: The food tastes great. The place is unassuming and well lit.  The staff is friendly.

The bad: You can’t eat a filling meal for under $20. The menu/ordering system is stupid and clumsy. The dishes are too basic. Service was slow on three of my four visits (could be because of opening month).

Overall:  If I could get a filling meal here for $15 and under I would give this place a 5. The dishes are very simplistic, which seems to be done on purpose, but therein lies the problem; you end up having to order a cheese bowl appetizer ($8) and a guacamole appetizer ($10) just so you can put something on your very plain two taco dish ($7 – two tortillas with meat on top.) I know they’re going for a more authentic Mexican experience, but they should do something to bridge the gap between authentic Mexican and the Tex-Mex we’re all used to eating. I would suggest an all encompassing dish for $13.

One line verdict: Tasty food if you can handle the price.

Located at the former Ad Gustum Market, at the KB Arcade.

The good: an interesting menu with a lot of variety.

Overall: I don’t know if it’s because it’s only been open for a little while, but this place is on course for failure with the service I experienced. Upon arriving, me and my friend stood inside the restaurant for a good 5 minutes before we had to interrupt a waitress to let her know we’d be sitting down. Another friend recalled the same experience to me, but because he was never acknowledged he just left somewhere else. This is NOT how you start a new restaurant.

As for the food, it was good. I ordered a spinach pasta; my friend had the ceviche. We both agreed they were what we expected. The menu is 100% natural, which in this case really means no beef. For some reason chicken and fish is natural but beef is not. My pasta probably would have been better with the Parmesan cheese I requested, but they didn’t have any.

One line verdict: avoid this place like the plague; they don’t deserve any business (least not right now).

The good: excellent service of which is unparalleled on the key. Some interesting dishes which are surprisingly tasty.

The bad: It can be a bit pricey, but you do get what you pay for. It’s also another frickin’ Asian place on the key.

Overall: Amazing service. Maybe it’s just the guy we got, but he provided the kind of service that you never find on the key. Never did we have to call him for anything, water was always in the cup, etc. The food was very similar to what you’d find at Sushi Siam, though the sushi rolls ordered at our table did seem to be a little more robust, and even more creative. If you’re eating sushi, you can probably get by for around $15. If you order some of the entrees expect that to be around $20 and up.

One line verdict: I’m so tired of Asian but this place does it right.

MANU´S BURGER IS THE SOLUTION!!!

There’s also Key Bites, that new health food place next to Starbucks. It has wraps and salads and smoothies and stuff.